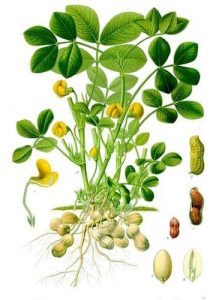 Peanuts are a special kind of plant called a legume. Why are legumes important to biological cycles? Nitrogen gas, as found in the atmosphere, is not useful to organisms. Legumes have bacteria in their root nodules that fix nitrogen. Putting legumes into a crop rotation reduces fertilizer costs and makes the soil and the crops healthier. Some tundra plants produce more nitrogen than others.

Nitrogen as a Nutrient

Nitrogen (N2) is vital for life on Earth as an essential component of organic materials, such as amino acids, chlorophyll, and nucleic acids such as DNA and RNA (Figure below). Chlorophyll molecules, essential for photosynthesis, contain nitrogen. 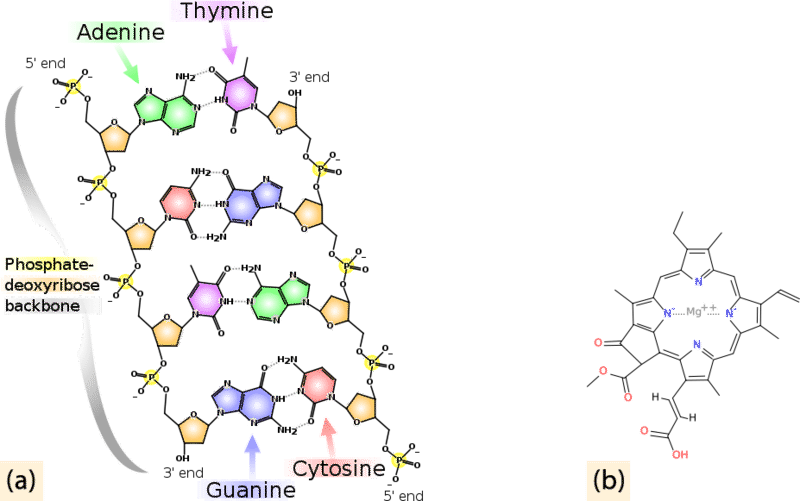 Although nitrogen is the most abundant gas in the atmosphere, it is not in a form that plants can use. To be useful, nitrogen must be “fixed,” or converted into a more useful form. Although some nitrogen is fixed by lightning or blue-green algae, much is modified by bacteria in the soil. These bacteria combine the nitrogen with oxygen or hydrogen to create nitrates or ammonia (Figure below). 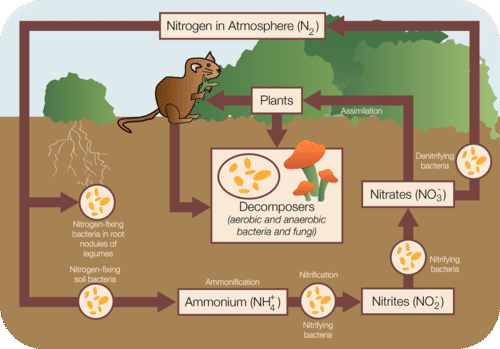 Nitrogen-fixing bacteria either live free or in a symbiotic relationship with leguminous plants (peas, beans, peanuts). The symbiotic bacteria use carbohydrates from the plant to produce ammonia that is useful to the plant. Plants use this fixed nitrogen to build amino acids, nucleic acids (DNA, RNA), and chlorophyll. When these legumes die, the fixed nitrogen they contain fertilizes the soil.

Up the Food Chain

Animals eat plant tissue and create animal tissue. After a plant or animal dies or an animal excretes waste, bacteria and some fungi in the soil fix the organic nitrogen and return it to the soil as ammonia. Nitrifying bacteria oxidize the ammonia to nitrites, while other bacteria oxidize the nitrites to nitrates, which can be used by the next generation of plants. In this way, nitrogen does not need to return to a gas. Under conditions when there is no oxygen, some bacteria can reduce nitrates to molecular nitrogen. 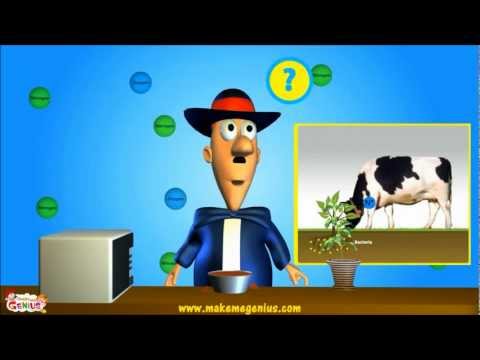 This is the story of how legumes are specially adapted to bringing nitrogen back into the soil. Use this resource to answer the questions that follow. 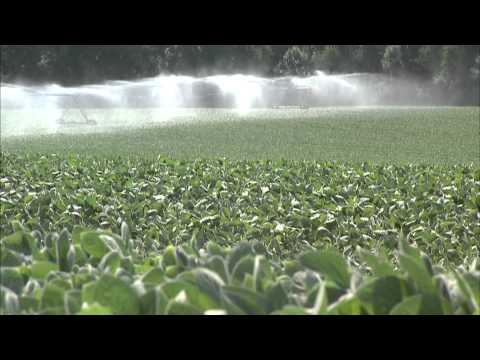